Dr. Damon Bradley is a NASA Scientist and an international DJ. He is an example of one who can reach the sky and live the dream. Dr. Bradley,  a DJ and creator of TechnoFist, will be the featured artist at the PROMISE Cookout today, 1:00 PM, Centennial Park, Columbia/Ellicott City, Maryland. 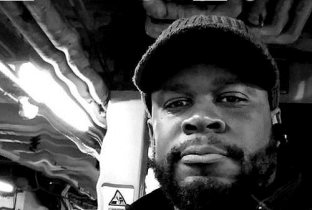 Damon Bradley received his PhD from UMBC. The Computer Science and Electrical Engineering (CSEE) department interviewed him several years ago, when he was a student. Here is a quote from 2012.

“Originally from South Philadelphia, Damon got his B.S. in Electrical Engineering from Penn State. In 2006, Damon came to UMBC and is now a pursuing his Ph.D. in Electrical Engineering. When he’s not studying, Damon works as founder and group leader of the Digital Signal Processing Technology Group at NASA’s Goddard Space Flight Center, takes care of his family, and occasionally enjoys electronic dance music at nightclubs in Washington D.C. and New York City.”

Things have literally “taken flight” since then!

Damon Bradley is now Damon Bradley, PhD, and he co-leads projects that will put instruments into space. The NASA website quotes Dr. Bradley:

“Basically, what we’re doing is miniaturizing a 100-year-old radio receiver signal-processing technology,” said ECHOES co-Principal Investigator Damon Bradley, who led the development of the digital signal-processing system for the radiometer on NASA’s Soil Moisture Active Passive, or SMAP mission, which tracks global soil-moisture levels. “ECHOES is essentially a low-frequency radar that uses space-based digital-signal processing, as on SMAP, but for probing the ionosphere as opposed to mapping global soil-moisture levels.”

Goddard’s Shing Fung (left), Mark Adrian (standing), and Damon Bradley (right) are miniaturizing a century-old technology for studying the ionosphere potentially from a constellation of CubeSats. Bradley is holding an electronics board that the team will migrate to the Goddard Geophysical and Astronomical Observatory later this year for testing.
Credits: NASA/W. Hrybyk

He started DJ’ing around 2007, playing progressive house for a few parties and UMBC’s student radio station while in graduate school. He returned to his techno roots in 2010 and started DJ’ing techno in 2015 in Washington DC.

From the Resident Advisor:

Damon is the creator of TechnoFist and is also one of the co-founders of SEQUENCE in DC. Currently, he’s focused on exposing the boundaries of techno to as many people as possible, and he does this using the TechnoFist group and TechnoFist podcast he created in 2014 and 2015, respectively. He curates both new and classic techno on TechnoFist which now has over 1,200 members, mostly from New York, Washington DC, and various countries in Europe. Damon has played in various places in Washington DC, including Jimmy Valentines, and Dr. Clocks Nowhere Bar for the Degenerate, Void Archive, and Phonic parties. More recently, Damon joined forces with Ron Jackson, Jacob Knibb, Boss Ross, and Juana to form SEQUENCE, an ambitious underground techno event series that aims to push the Washington DC techno scene as far as possible.

In addition to being a leader at NASA, and a DJ, Dr. Bradley gives talks around the world. He was a speaker at the recent USA Science and Engineering Festival, where the bio notes that his NASA Digital Signal Processing Technology Group won an award, and that he is an advocate for STEM literacy.

“The group recently received the NASA Applied Engineering Technology Directorate Win New Work Award for having achieved 10 Internal Research and Development wins over a four-year period while being staffed by only five group members. He has a special passion for inspiring young students in science literacy and STEM. He is also the founder of the National Society of Black Engineers, Greenbelt Space Chapter, which has been running strong since 2004.”

DJ Damon Bradley will be the featured artist at the 2018 PROMISE Friends and Family Cookout, today.

The music will go until approximately 2:30 PM, and then graduates will be recognized. (Program pushed up to avoid pending rain.)

Damon Bradley first came to the PROMISE Cookout many years ago, when he was thinking about going to graduate school. He spent time meeting other people, and talking with Dr. Janet Rutledge, who is one of the PROMISE Founders, CSEE faculty, and current Dean of The Graduate School at UMBC. He says that coming back to the PROMISE cookout brings him “full circle.”

DJ Damon Bradley’s participation in the PROMISE Cookout is sponsored by the Graduate Student Development Unit, of The Graduate School at UMBC.